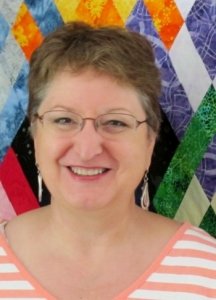 Reeze L. Hanson, a native of northern Ohio, grew up sewing garments and home furnishing items. One of five siblings, life on the LaLonde farm was demanding and Reeze learned to sew at age 8 and has continued sewing ever since. An accomplished dressmaker, Reeze majored in Theatre in college and became a professional costume designer and teacher for the first 15 years of her professional career. Then her career took a dramatic turn when she completed her graduate work, gave up the theatre to teach speech and communication studies, and to raise a family.

Reeze continued to sew as a custom dressmaker doing commission bridal and formal wear, but soon discovered quilting and dressmaking was abandoned! During the next 15 years she moved from being a novice quilter to a seasoned professional with her own pattern design company, Morning Glory Designs, which began in 2007. With more than 100 patterns on the market and a dozen more published in recent magazines and books, Reeze has gained a regional and national reputation as an accomplished quilter, designer and teacher, as well as an entertaining Guild speaker.

Reeze lives in Ottawa, Kansas with her husband, critters and fabric stash. Reeze retired from  college teaching in 2015 after nearly 40 years as a professor.  Now Reeze has a busy schedule of traveling and teaching quilt classes both nationally and internationally.  She is well known in the area for teaching and lecturing widely on computer aided design using EQ8.

In addition to her work as a digital artist, Reeze also teaches and lectures about Color Confidence for Quilters, finding inspiration for quilts in an odd variety of places, as well as discussing (and showing!) her impressive collection of Grandmother’s Flower Garden quilts. Her design work is characterized by the “illusion of complexity” which can be accomplished using fast and easy techniques which makes quilting accessible to beginners as well as those with limited time. Reeze has taught at several AQS Shows in Des Mo,nes and Grand Rapids, MQS in Kansas City and Cedar Rapids, KCRQF in Overland Park, Sewing and Quilting Expo in Reno, NV, The Quilt Symposium in Raleigh, NC, Quilt Market in Houston and Minneapolis, and a regular vendor at local, regional, and national quilt shows including Quilt Festival in Houston.

Now as a professional pattern designer Reeze produces patterns for new fabric lines for Northcott,  Paintbrush Studio, Island Batiks, Windham Fabrics, Timeless Treasures and Robert Kauffman, in addition to free lance design work for shops (Row by Row patterns).  She designs a Free Block of the Month every year on her blog and distributed to her newsletter subscribers. Her patterns and block of the month programs have been featured by Keepsake Quilting, Nancy's Notions, Kaye Woods, Stitchin' Heaven and other local and national shops and catalogs.

Reeze is a member of the Kaw Valley Quilt Guild (Lawrence, KS) and the Ottawa Piecemakers Quilt Guild (Ottawa, KS). In addition she is on the board (and current President) of the Heartland Quilt Network of quilt professionals, guilds, and shops in the 6-state Midwestern region. Reeze’s patterns can be seen on her website: www.morningglorydesigns.com and her work can also be seen on her lively blog: www.blog.morningglorydesigns.net.

You can contact Reeze for information about her speaking and teaching schedule, as well as retail or wholesale pattern sales at reeze@morningglorydesigns.com.

A trunk show of her quilts is available to Guilds who book a lecture or workshop, and to Quilt shops who purchase patterns. Contact Reeze if you are interested in booking a Trunk Show!

Reeze’s Biography can be downloaded for use by Guilds.

Photos for promotional use can be found HERE 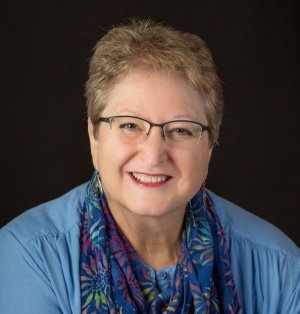 PHD in Dramatic Theory and Criticism, and Speech, with a sub-specialty in Vocal Anatomy and Physiology from The University of Kansas, Lawrence, KS 1997